What we can learn from adults with special needs

Bleeding from the Breeding

On one side we have social grace, pomp and ceremony, hardened belief systems and a wealth of power. And on the other side we have excitement, no boundaries, spontaneous interruptions and social numbness.

I’m sitting with the strictly attired whos who of Hong Kong at a charity auction of artwork created by adults with special needs. I’m assuming that the special needs people lined up in seats to my right are the offspring of the well-to-do seated on my left. And we have the Christies’ man, no less, upfront ushering bids from the audience as a very ‘about to burst’ young lady wriggles in her seat watching with whimsical wonder, the bobbing up and down of brown cards with numbers on them.

“Three thousand, eight hundred dollars going once… going twice, sold to the man in the grey jacket.” And with that the young lady suddenly jumps to her feet clapping furiously with childlike excitement as a few frowned foreheads lower their glance to the right with pitying eyes.

I don’t know which is more to pity. I felt like I was sitting on the fence as I could clearly resonate with both sides. A part of me had always aspired to becoming wealthy as was the flavour of my upbringing from a working class father vying for middle class status. To be ‘anyone’, I had to get a university degree, I had to marry into wealth and establishment, and act like a Sloane ranger, despite the fact that Chelsea was 13,000 miles away.

And yet, witnessing the sheer freedom of not caring what others think was the admirable hallmark of these people with supposed underdeveloped psyche’s.

So what does it take to develop a psyche? Fear, social stigma, self consciousness, judgment, conditionality, conflicting beliefs and values? The people with special needs may not be able to live an independent lifestyle but neither can their parents carrying the weight of the world on their shoulders. I think we have much to learn from the social and intellectual freedom of these people. 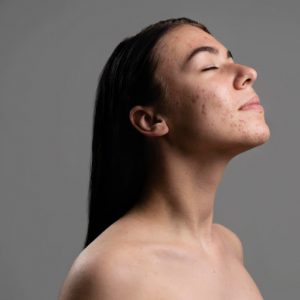 Hormonal Imbalance is one of the health conditions faced by women in the modern world. Hormonal imbalance can result in long-term concerns such as fertility and pregnancy issues and more. Your Self-Massage Solution Against Pain With A Tennis Ball How Yuen Method Deepens and Strengthens Your Personal Relationships

Your Self-Massage Solution Against Pain With A Tennis Ball